And we are back, with our first review of the six tea-tins included in the Trader Joe Tea Party Set that premiered during the 2017 holiday season. We start with Jean Luc Picard’s favorite, the “Bergamot Flavored Black Tea”. Technically they don’t call it “Earl Grey” ~ it’s not that they have to pay licensing fees to the good old Lord Grey ~ or Lord Frey 🙂 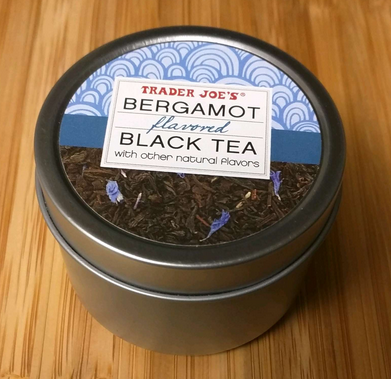 I would call this a “mild Earl Grey”. The bergamot flavor is not strong, so it may please fans of a milder, subtler approach, and may disappoint fans who want the bergamot to hit them right between the eyes 🙂 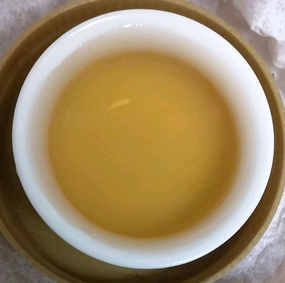 The brewing instructions do not specify the amount of water, but one can assume the usual 8-10 ounces. As a flavored tea, the brewing time is important if you want to maximize the bergamot flavor versus over-brewed tea overpowering it as time goes by. Having said that, this does not get particularly bitter if overbrewed, but the bergamot will disappear.

I stick to 3-4 minutes for the first brew, and then do a second brew that half of the time morphs into a grandpa style. It’s basically a black tea on the second brew 🙂

These are pictures of the leaves before and after brewing. The “after” picture is only some of the spent loose leaf after the infusion, not all the ones you see in the “before” picture. 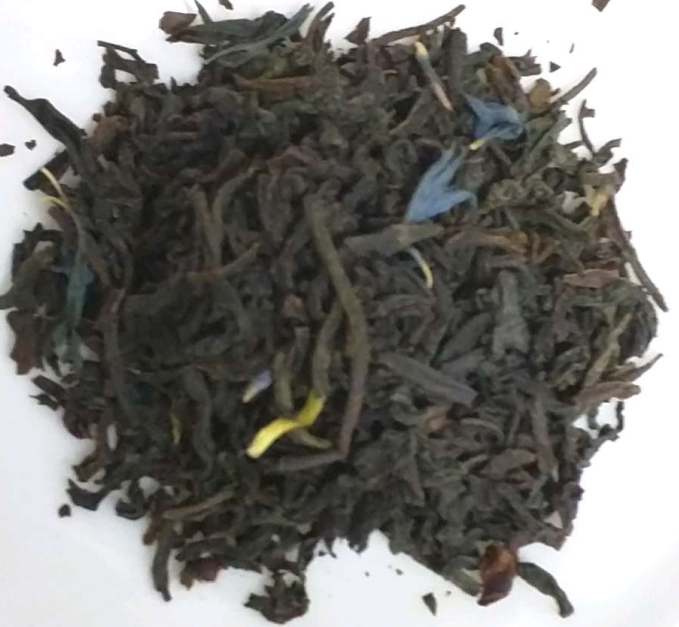 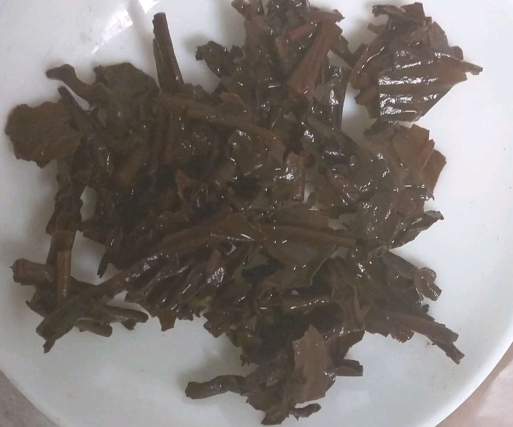 It’s hard to have an Earl Grey without it being a flavored tea, and in this case, per the container, it has natural Bergamot flavor and other natural flavors. Along with the black tea leaves obviously, along with a small number of blue-ish cornflower petals. 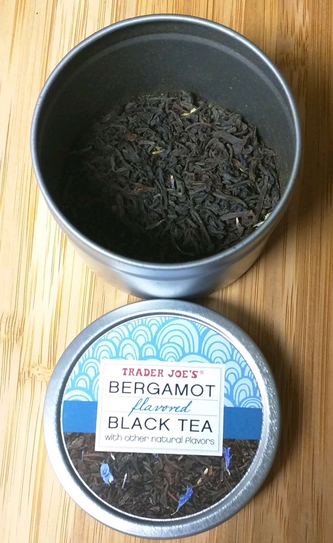