Trader Joe is launching new teas faster than I can drink them, and derailing my tea blogging plan, because “shiny new tea”! This organic Moringa, Mango and Ginger herbal tea blend is a sister tea to the Organic Peppermint/Cinnamon, they both came out at the same time, they are both organic from Sri Lanka without any additional materials (no flavors, natural or artificial), and they have similar packaging, and a $3 price for a 20-pack of tea pyramids.

I didn’t even know what Moringa was before I bought this tea. Sadly I haven’t developed any superpowers after drinking it! It is, according to the packaging, leaves from the “moringa oleifera trees” [see Wikipedia for all the details on moringa]. 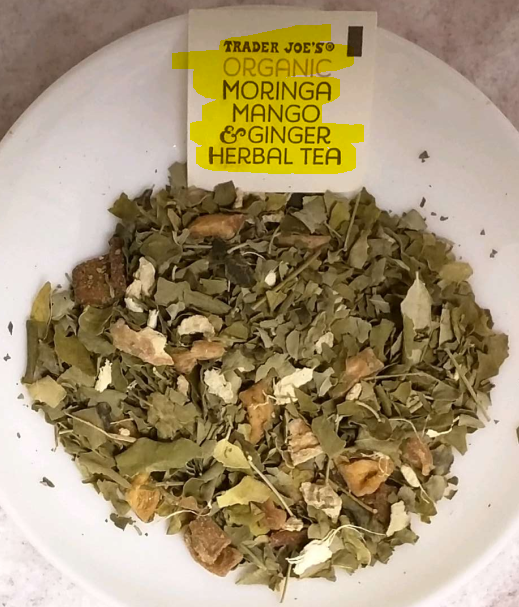 I haven’t drunk a moringa-only herbal tea on its own, so I can only try to triangulate the tea taste based on the other two ingredients, ginger and mango, which I’m familiar with. The moringa addition makes this combination more earthy, less bright/spicy. The closest taste I can think of is as if they added yerba mate to the ginger/mango mix. 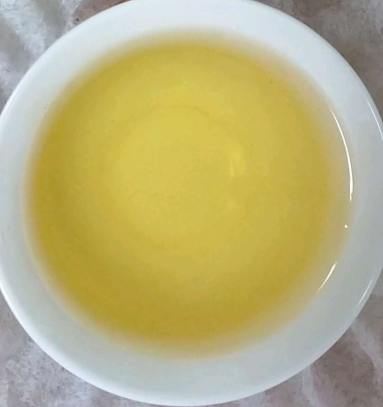 Overall, I like this. It is a balanced taste where nothing stands out too much. I prefer this hot instead of iced, but it’s not that I dislike it iced. I would probably buy it again, assuming I can make a dent in the pile of teas waiting to be consumed and hopefully enjoyed 🙂

The official brewing instructions on the box is one tea pyramid in 8 to 12 ounces of hot water for 4 minutes. I haven’t had any taste issues when I forgot the tea bag brewing for longer. 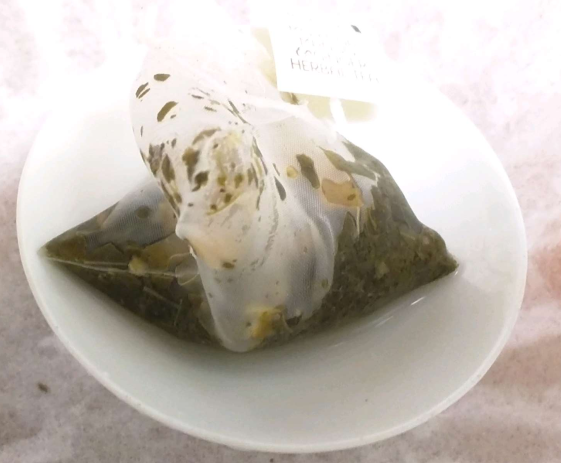 Even though it’s easy to liberate the herbal blend from the pyramid, it would be way too messy to attempt gaiwan-brewing for this 🙂

There are only three ingredients, all organic and all fron Sri Lanka: moringa, ginger, and dried mango. You can tell by the colors which one is which. Mango and ginger have their familiar coloring and texture, so by the process of elimination, moringa is the leaf. Master of the obvious analysis from a non-guru 🙂 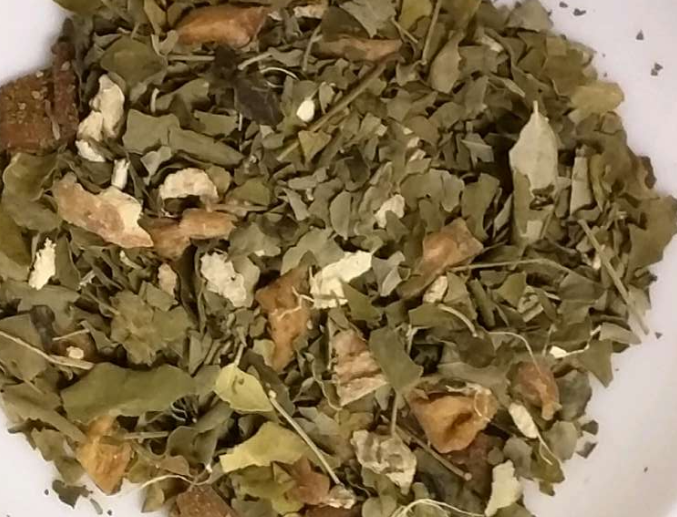 The tea is stored in 20 individual tea pyramids. The tea pyramids are not individually sealed, they are loose in a clear pouch inside the cardboard box. The clear pouch is sealed when you buy the tea, and the outer cardboard box has its own cellophane seal. So after you open it, make sure you use a kitchen clip or put the pouch in your favorite container.

The tea tag and tea string are not attached with staples. Each tea tag is gently glued to the tea pyramid for some reason, maybe to prevent the bags from getting intertwined in the pouch? I don’t know, but de-attach it gently, otherwise it may tear the tea pyramid as you can see in the picture below… 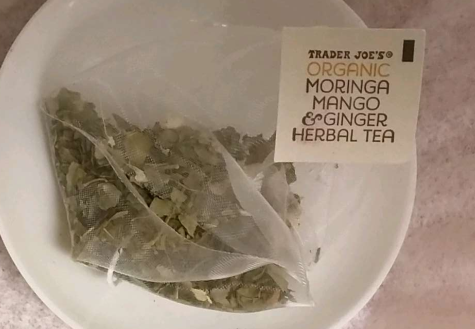 It turns out I didn’t take pictures of the cardboard box. I will add them after my next “tea picture taking session”. But it is very similar in size and style to its sister tea, the organic Peppermint/Cinnamon.

UPDATE: pictures from the packaging/box have been added. There’s a whole essay on the tea on one side of the box: 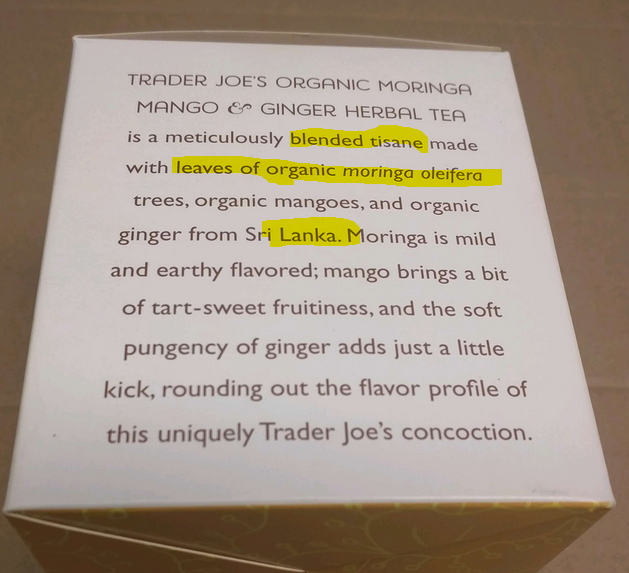 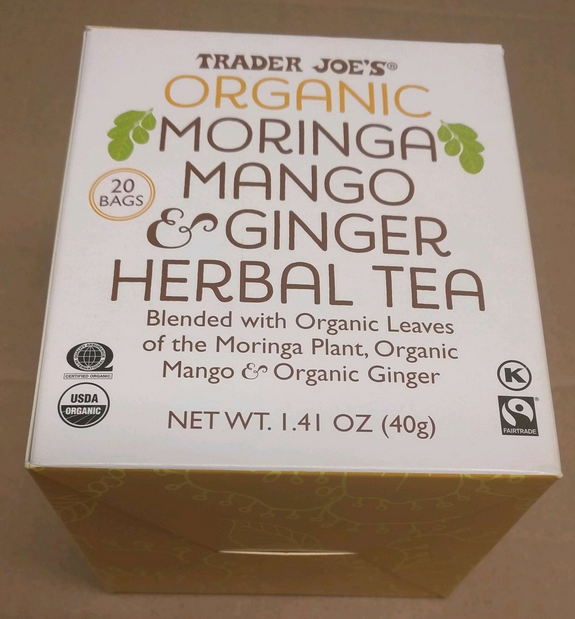