And we are back with a new loose leaf review! I have gone through more than half of this 10 ounce container of the Hime Genmai Cha, so it’s a good time for a review!

I found this while placing an Amazon Prime Pantry order and the price was right, so I picked it up out of curiosity. I haven’t found it in-stock since at Prime Pantry, but you can get it in packs of four 10 oz boxes from the regular Amazon. I believe it should also be easy to find at local Japanese and Asian markets. 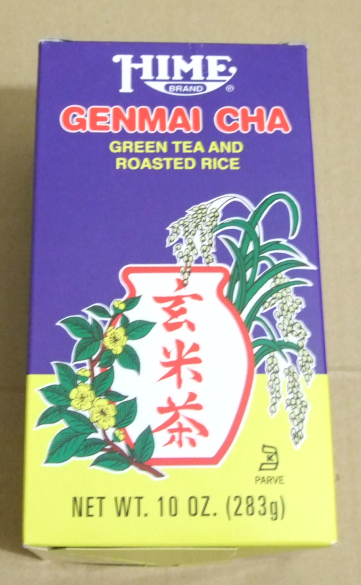 Overall, as a budget genmai cha, I have no complaints. You have the two component flavors there as expected. Compared to the Harney Genmai Cha, the green tea in the Hime is a bit sharper and more present, and on average, the leaves are larger. The Harney on the other has a more rice-y flavor, a more rounded comfort-y taste. But you can play with the brewing parameters to adjust taste with either tea.

And here are the leaves/rice after a long infusion: 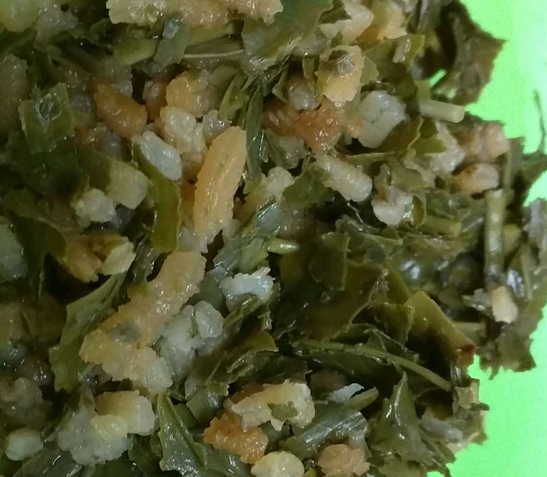 The brewing instructions say just 30 seconds [see below] but I rarely do short infusions like that. Instead I typically do three minutes western-style for the first two infusions, and the last one becomes a grandpa style (or I let it brew until I remember it). I sometimes use the Equalizer brewing approach with this as well.

So if you don’t like the green tea to be as sharp/prominent, that’s where the shorter infusions come into play.

I did not attempt gaiwan brewing for this, but I may do so in future genmai-cha comparison experiments 🙂

This is interesting, in addition to the green tea and roasted rice, this also has popped sorghum seed. It’s the first genmai cha I’ve seen with this, but I only bought about ten different ones so far… 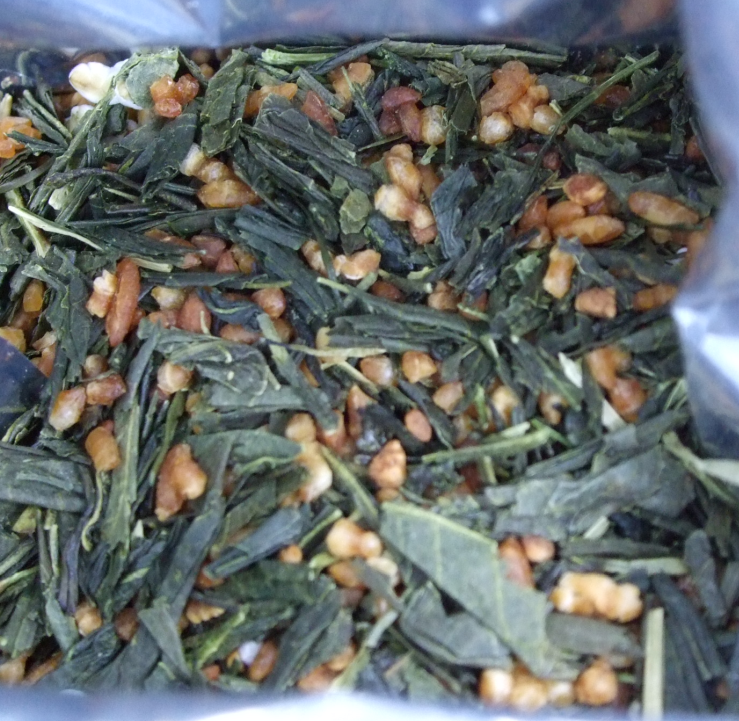 After googling around a bit, it looks like sorghum seed can be used as a popcorn alternative, there’s even a Mirror Universe Bob’s Red Mill instruction video 🙂 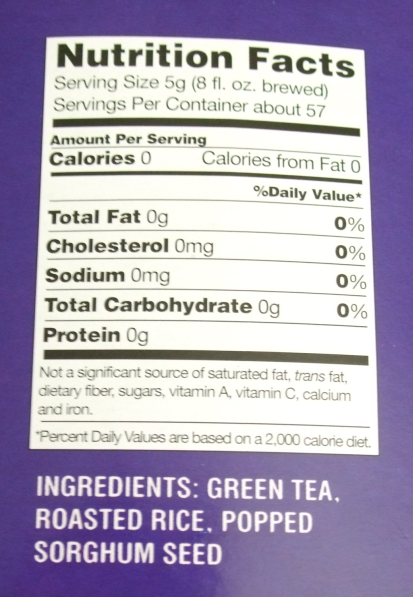 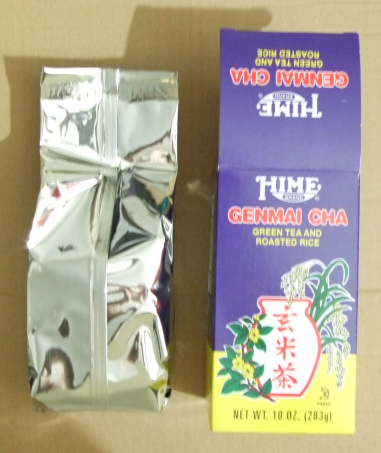 Inside the box you will find a sealed silver pouch with the tea. Opening the pouch reveals the tea. The pouch does not have a sealing mechanism, so a kitchen clip or an airtight container are probably a good idea. A kitchen clip is not included 🙂 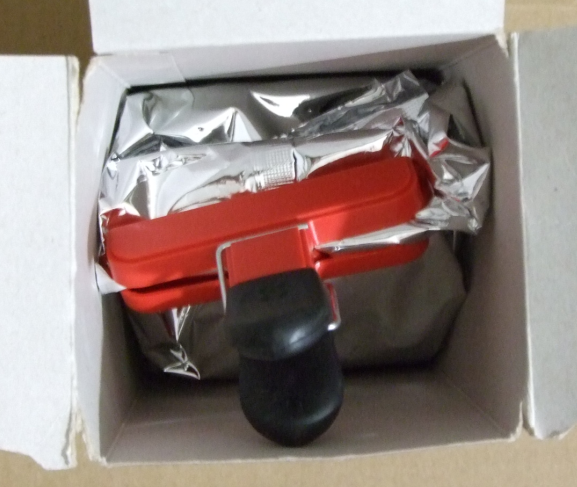 The cardboard box is not particularly strong, as you can see in the picture above, so don’t count on it for protection in “challenging” kitchen situations 🙂

The distributors of this tea, per the box: