In Part #1, we discussed whether the $40 Starbucks cup is a good deal for consumers. In this post, we review it as a “normal” insulated tea drinking cup…

You may still find this cup in the clearance bins at some Starbucks stores and probably at thrift stores and eBay and such. Or you may be handed it by friends and family. The free drinks promotion expired on January 31 (2018), so the value of the cup crashed since then…

The sipping area has a flip-up and flip-down closing mechanism that clicks into place. You can lift it all the way to the other side of the lid (180 degrees). The drinking area is ergonomic, the liquid flows well. It does a good job of keeping a drinking hot, but it’s not an all-day thermos-style cup. It is good enough that most of the time the drink is too hot to drink immediately.

I’ve only used this for hot tea, not iced (it’s winter after all).

The cup is not ideal, but it’s good enough for grandpa style drinking. You just have to wait a little bit longer for the tea leaves to get wet and drop further down the cup. I get a leaf or two every time, but no big deal.

Unless the tea string of the tea bag is really thick, you should have no problem closing the lid with the tea-bag string in-between the closing mechanism.

The cup feels good in the hand, empty or filled. It does not have any grooves on the body, but the hold is pretty solid. I haven’t fumbled or dropped it. It’s not a bad choice if you are walking out and about and need to have a hot drink with you.

The size and shape of the cup is such that it can fit in car cupholders even of smaller size. That’s because it gets progressively wider as it goes up. Some cups do it the other way round, which make it harder to fit in smaller car cup holders.

The lid twists on the body and as long as you close it properly, and the sipping area is closed, you don’t have to worry about leakage. It is fairly easy to open and close the lid, you twist it clock-wise and counter clock-wise. The grooves have to align, otherwise it won’t close. 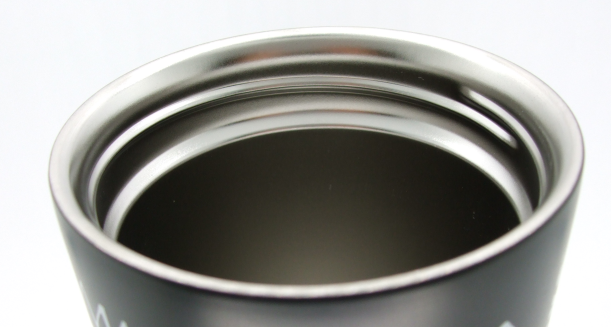 I also have the January 2017 and January 2016 cups. I tried to see what works with what in terms of mixing and matching cups and lids, and the only thing that works is the 2018 lid on the 2017 cup! No other intersection combination works. This is obviously not as solid of a seal as the included lid, but it works well enough if you need a backup lid.

Unless you have small hands, it’s hard to get your hand all the way inside for cleaning, so some kind of a device is necessary. The easiest way to keep it clean is to at least rinse it after every use so it doesn’t build up a patina. The lid closing mechanism is simple on the inside of the cup, but more complicated on the lid, that’s the most difficult part to clean. A toothbrush is a quick and easy way to clean this area. See Hack #4 in our Unconventional Tea Hacks. 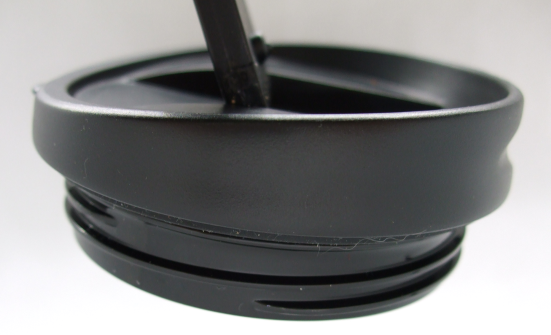 The design of the cup is pretty nice, it looks like a coloring book 🙂 The Starbucks logo is not that obnoxious, so you are fairly safe from angry hippies who hate everything Starbucks 🙂

You get the cup, a rolled piece of paper inside the cup, and a tag on the outside (see below). The cup is sold “naked”, there is no packaging or gift case, so you have to provide your own if you are buying it as a gift…