This was supposed to be Genmai Cha month here at the blog, but as with most things tea, there’s always more tea to distract me! First it was a Matcha Starter Kit impulse buy, then the Trader Joe Harvest Season iconic teas arrived! First it was the dorky foxy Harvest Blend and then the good old Pumpkin Spice Rooibos in its very orange tin! 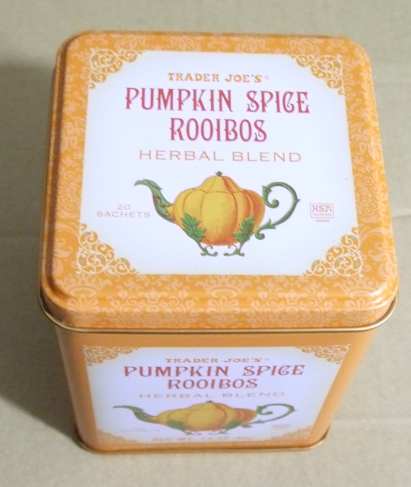 So today we take a look at the pumpkin-orangeness and we have a twist. I had saved an unopened tin from their Fall 2016 sales, and I opened both the 2016 and 2017 at the same time, trying to see what difference does a year make.

Spoiler alert: it does make a difference! While the underlying rooibos taste is there in the 2016, it lacked the extra energy of the spices found in the fresh 2017 model. I kept it so away from the light I had forgotten I even had it 🙂 The 2016 lot is still very drinkable, the date printed on the bottom of the tin is in 2018 after all. But some of the magic is gone, it becomes more of a conventional rooibos tea ~ which can be a plus if you find the spices too annoying 🙂 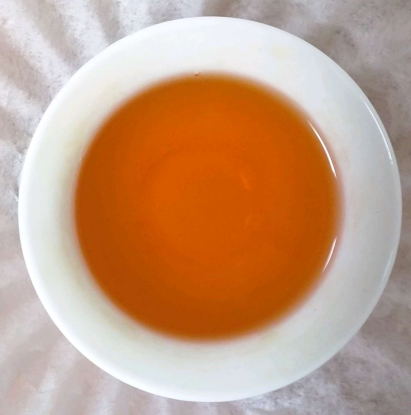 Some of it may be the packaging. The tea bags are swimming inside the tin. The only thing protecting them from air is a cellophane wrapper around the opening of the tin. I do not have a scientific lab to test how well that seals 🙂 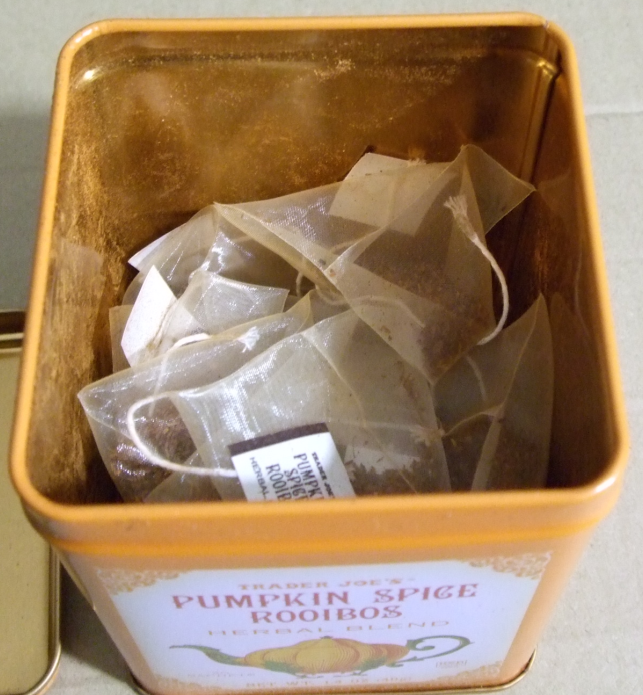 While the Trader Joe Pumpkin Spice coffee is on the yucky side of yuck, their Pumpkin Spice tea is a great example of tastefully creating a seasonal pumpkin-y flavor. The underlying rooibos holds it all together, while the spices give it an extra dimension, while not being overpowering or tasting like some kind of a strange soup – like their PS coffee does 🙂 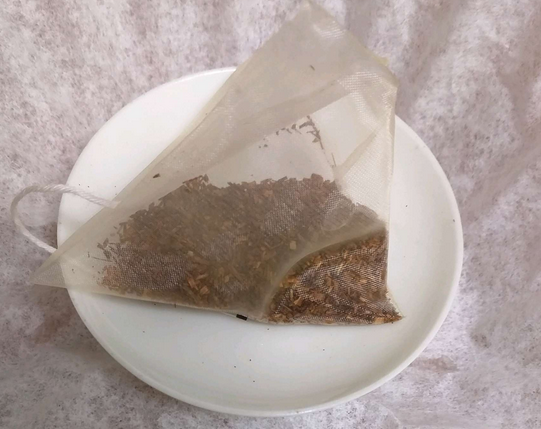 You get 20 tea pyramids in the tin. Each pyramid has a small square tea tag, but there are no staples connecting it. The tea tag is gently glued to the tea bag, so gently pull it out. Of all the Trader Joe tea bags using with this approach, I had a tea bag tearing only a couple of times. I’m not sure why they glue the tag to the bag. 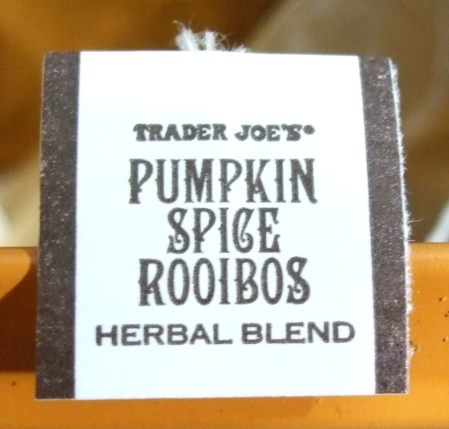 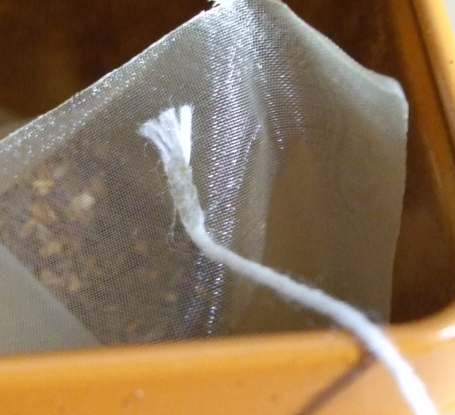 This is just rooibos and spices, so the tea pyramid is not expanding like it would if it was filled up with non-CTC tea leaves. Still, more space for the tea and the water to circulate is better than less 🙂 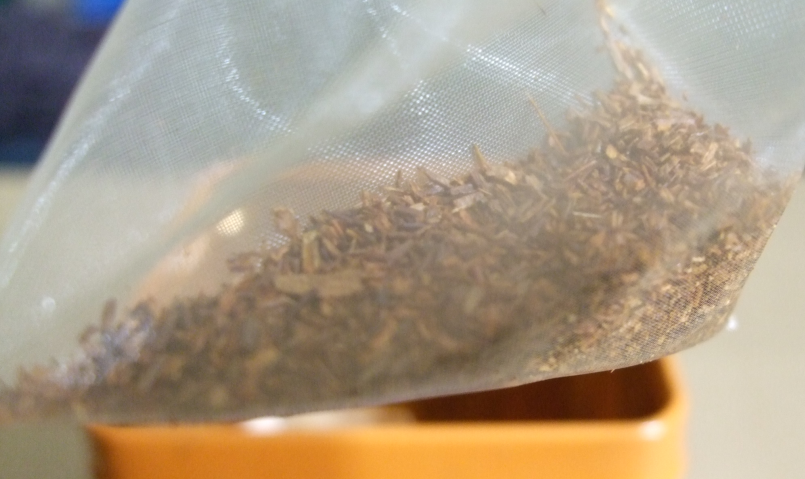 The first ingredient is “redbush herbal blend”. It does not specify exactly what they mean. I’m assuming different blends of rooibus? I am getting the “medicinalness” of rooibus, so I’m assuming if it has any honeybush, it’s losing to the rooibos.

The second ingredient is a “natural pumpkin flavor”, so if you avoid those, you have been warned! Next up are three spices: cinnamon, nutmeg and cloves. 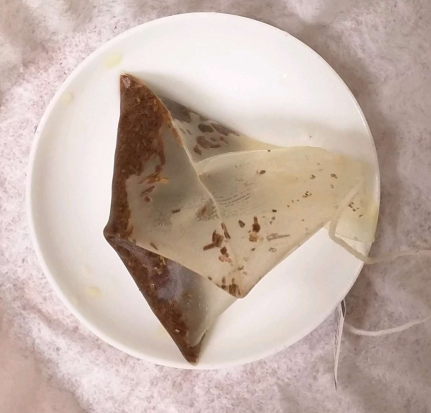 The tin recommends 5-7 minutes in boiling water. As you can expect by the ingredients, you can brew it longer without any issue. 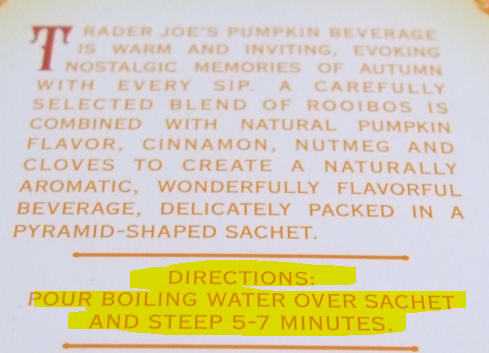 The tea tin is so seasonably adorable and obviously reusable. The inside of the lid can be used as a mirror in case of emergencies 🙂 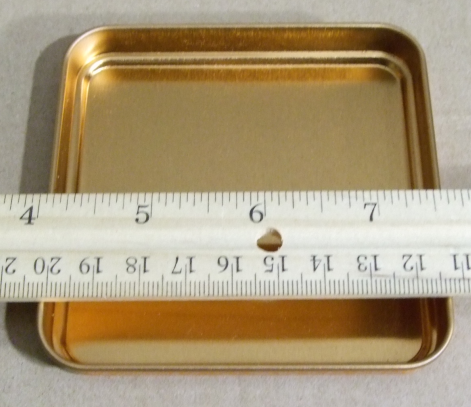 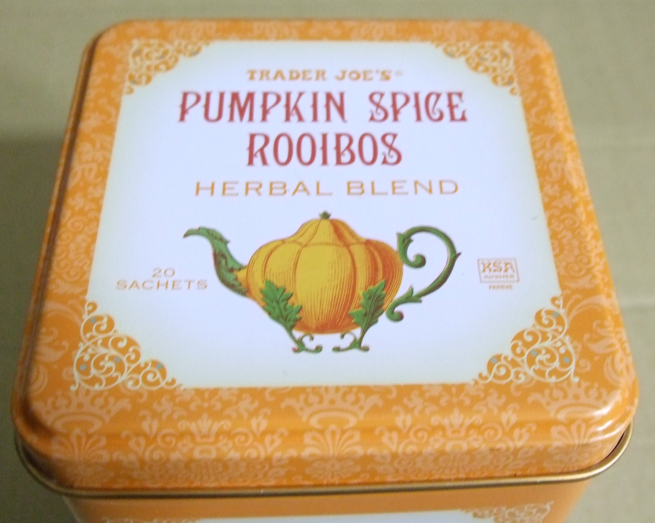 Three of the four sides of the tin are the same. The fourth side has the Ingredients/Instructions [see above]. The tin is roughly 4.5 x 3 inches. 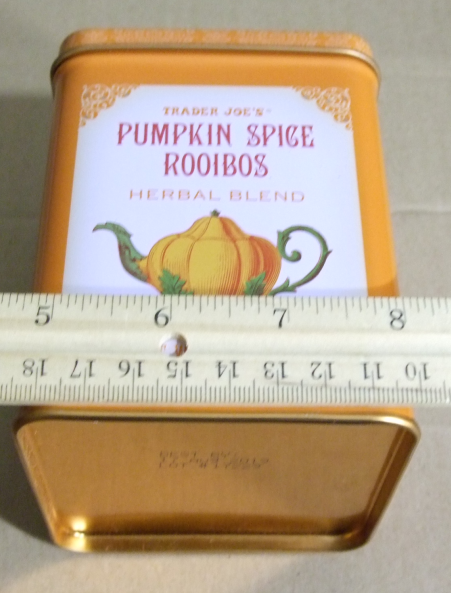 A “Best Buy” date can be found on the outside bottom of the tin:

Once emptied, you can use this tea tin’s remaining “spice power” to “unboringize” boring teas. See Hack #3 in our new Unconventional Tea Hacks crazy post 🙂

This is available seasonally at Trader Joe stores during the Harvest / Fall / Pumpkin season. This is the vanguard of the holiday shopping season. Just like the foxy Harvest Blend, these are part of the Harvest Cycle, not the Christmas cycle, so they can be often long gone before the holidays are over. In other words, stock up on it when you see it, don’t wait for late December!