As of review time, it is the middle of Pumpkin Season at Trader Joe (TJ), but surprise-surprise, a Winter Tea made its premiere (I don’t think I’ve seen that before at TJ) in the middle of the pumpkins. It is the “Winter Wake Up Blend” (20 individually wrapped tea bags, $2.50), an attempt at the not uncommon “Winter Blend” with some modest holiday decorations sneaked in the design of the box 🙂

How does it taste? Is it a must buy or a “mindless drinking” tea? Read on to find out… 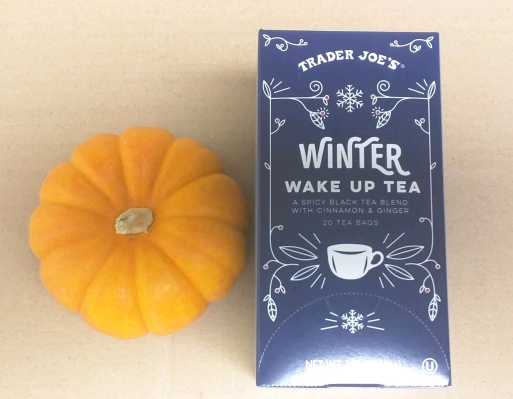 To cut a long story short, this tea is average. And by average I mean “average”. I have no problem calling teas abominations. None of the Trader Joe teas are abominations, but their Pumpkin Spice coffee is definitely an abomination!

Compared to the more common winter blends, such as the ones you find at Peet’s Coffee and Starbucks B&M stores and their variations (such as the Mighty Leaf Vanilla Bean), this felt more flat, less dimensional, and more parts than a sum of its parts. There are various spices and flavors there, but they are not harmonious. 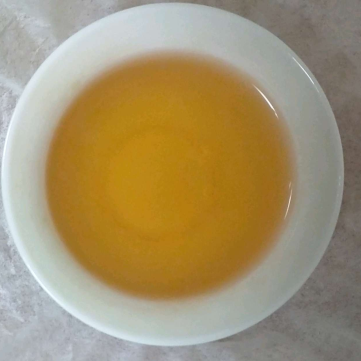 Stirring it after brewing can help, but still, there’s no magic. It is good for what I call a “mindless drinking” tea. Tea you drink while working, reading, walking, binging TV, etc, where you don’t pay attention to the nuances of the flavor, you just want something hot to drink.

Icing it can actually help, it makes some of the spices light up a bit.

It is called a “Wake Up” blend but because it’s a mix of black tea and spices, you don’t get as much buzz as you’d get if you were drinking all-black tea. I’m on my third tea bag already as I’m writing this review, and I’m still not getting a caffeine buzz. I didn’t get a buzz from it the previous days I’ve been drinking it either.

A couple of trigger warnings first, it has natural flavors (which some people prefer to avoid), and also licorice (some people avoid for health reasons).

It’s not an uncommon list of ingredients, but for me, it doesn’t produce a “magical” flavor. It is a $2.50 box of tea after all, mayhaps not a surprise given the price 🙂

There is no information on the box as to the origin of the tea or the ingredients.

Brewing instructions are common of black teas, boiling water and 3-5 minutes. I experimented with different times and brewing (open or closed teapot lid) and different types and shapes of brewing vessels, but there was no silver bullet to bring out “magic” out of it.

Stirring after the brewing is complete is not a bad idea though.

The package is nicely done, a modest winter-y and holiday-y theme. 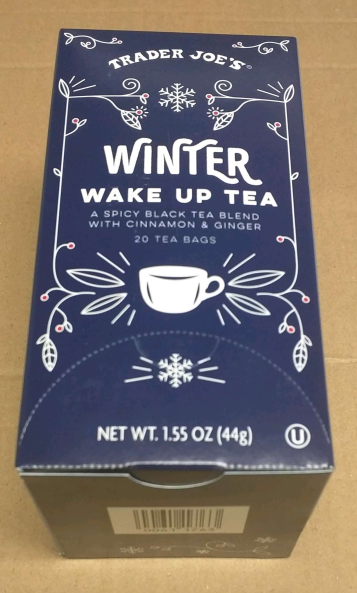 You can open it two ways, in vertical dispenser mode, or the more conventional horizontal by tearing up as indicated: 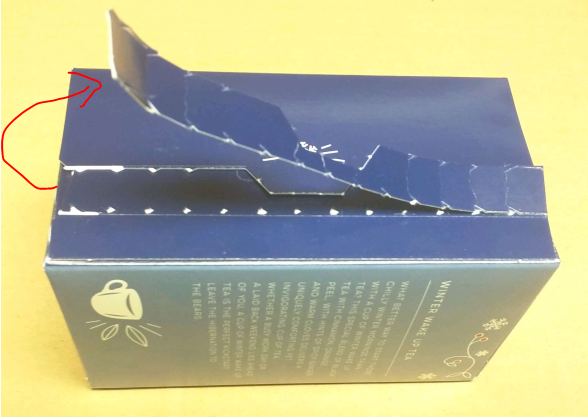 Inside you will find 20 individually wrapped tea bags, in a clear cellophane type of wrappers. Handy for sharing with friends and family or taking some with you at work or elsewhere… 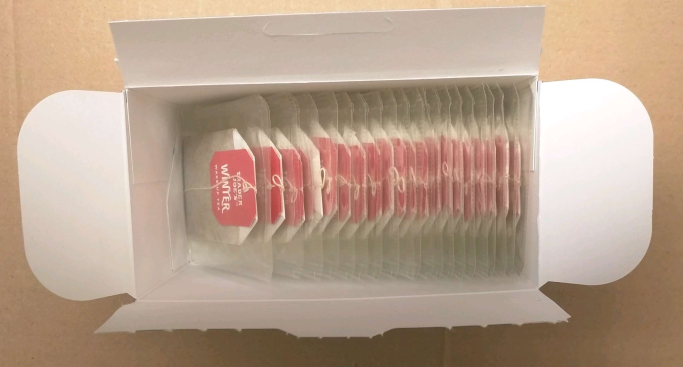 This is an individual tea bag. Opening the wrapper and smelling, you have some of the spices coming up but nothing strong. 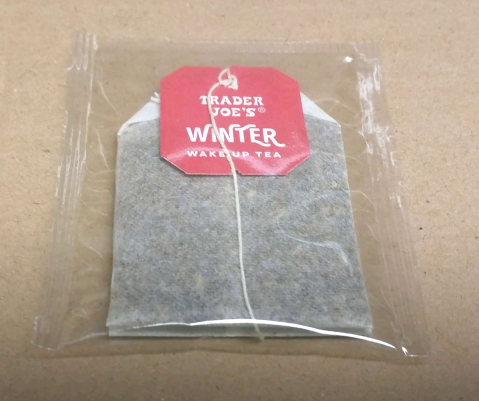 The tea tag and tea string are not using staples, so bonus points for that! 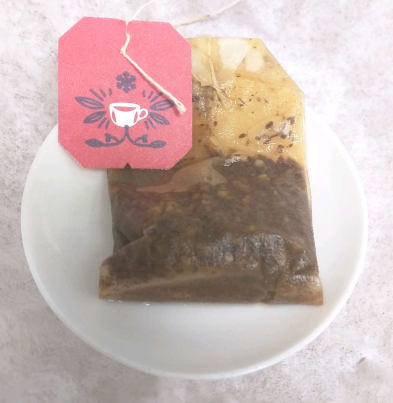 UPDATE it looks like this is becoming a new line of teas at Trader Joe! As of November 2017, they have launched a second tea, the Apple Cranberry Herbal Tea Blend.