It’s a tea party at Trader Joe! Introduced (I believe) for the 2017 holiday season, Trader Joe has a second tea gift set, in addition to the Thotalagala set. The “Tea Party” goes for $8 and has six small tins of loose leaf tea, half with caffeine, half without. The first row in the picture below is caffeinated, the second row has no caffeine. 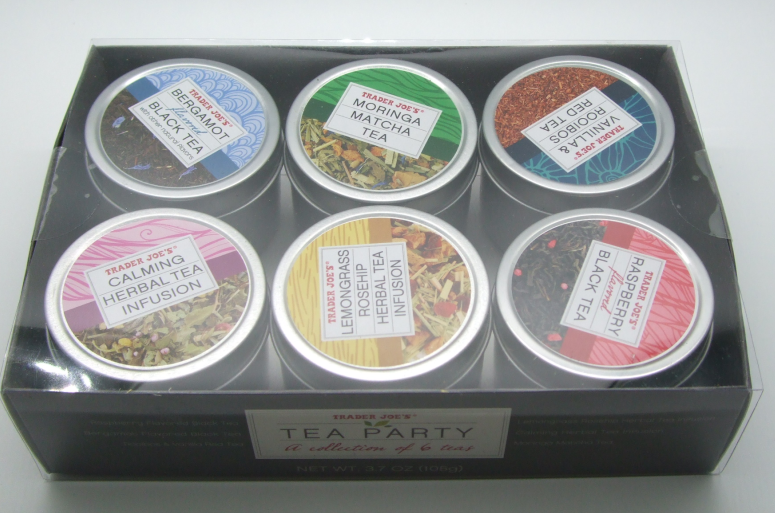 The six tins reside in the two part box above. There is a clear plastic thing that envelopes the cardboard base. The tins are huddled together in the box, there are no holders inside the packaging.

Here’s the empty packaging, with the tea tins removed: 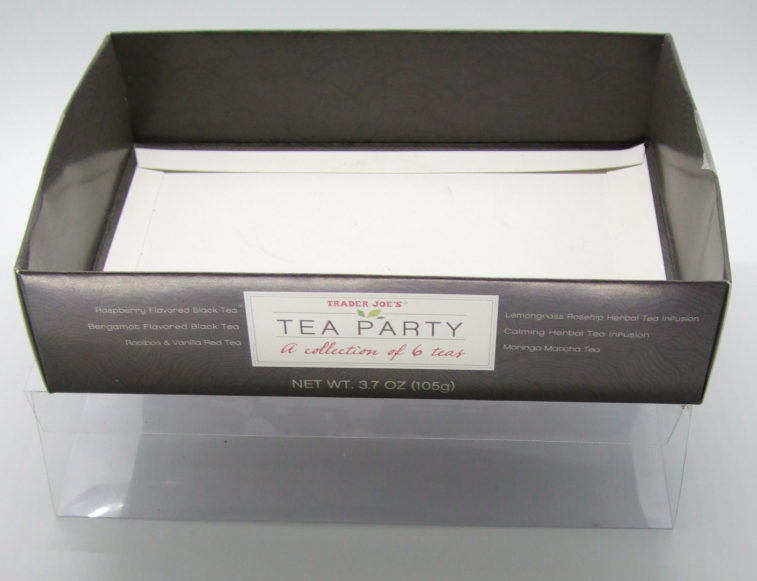 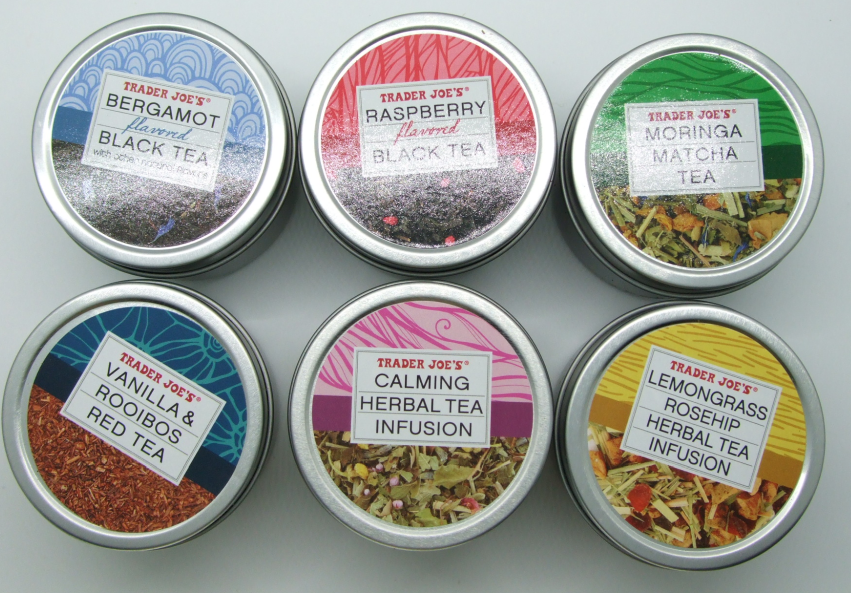 Each tin has loose leaf tea inside. The tins are not individually sealed, so open them carefully, so you won’t accidentally spill the tea! 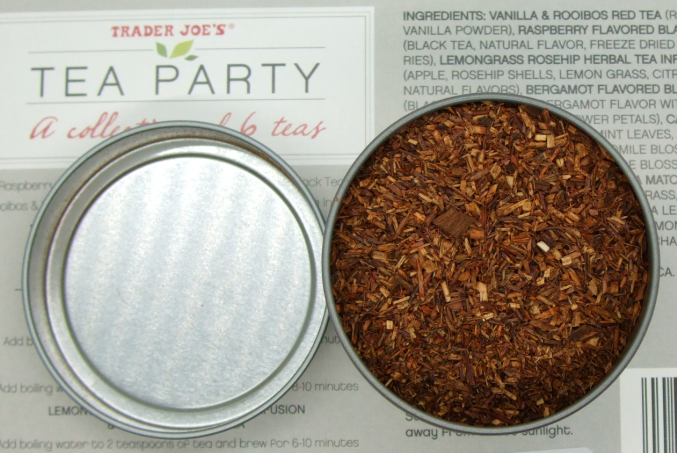 Here is a measure of the tins in two pictures. They are relatively small, but reusable! 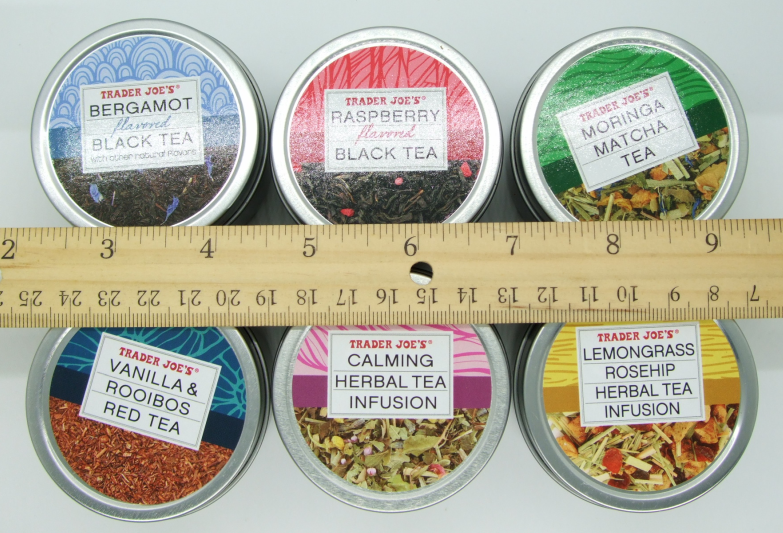 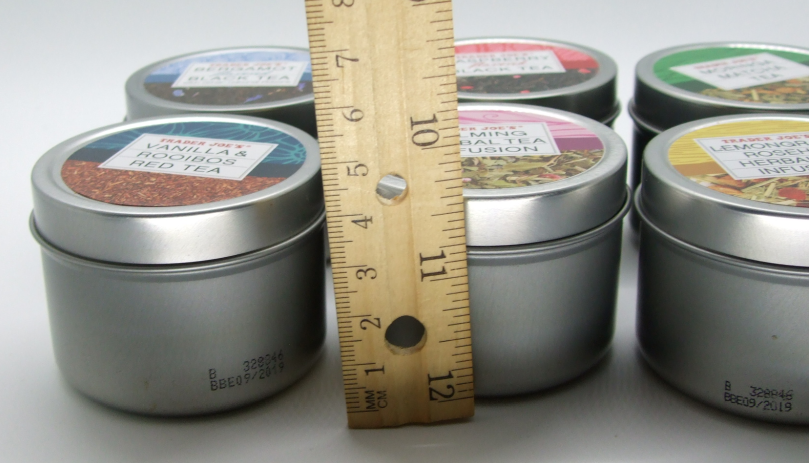 A detailed list of ingredients for each tea is provided. I’m highlighting the tea names to make it easier to find the ones you may be interested in. As you can see, none of them are a “pure tea”. The “Morning Matcha” is a bit of misnomer, as matcha is the last ingredient in a long list 🙂 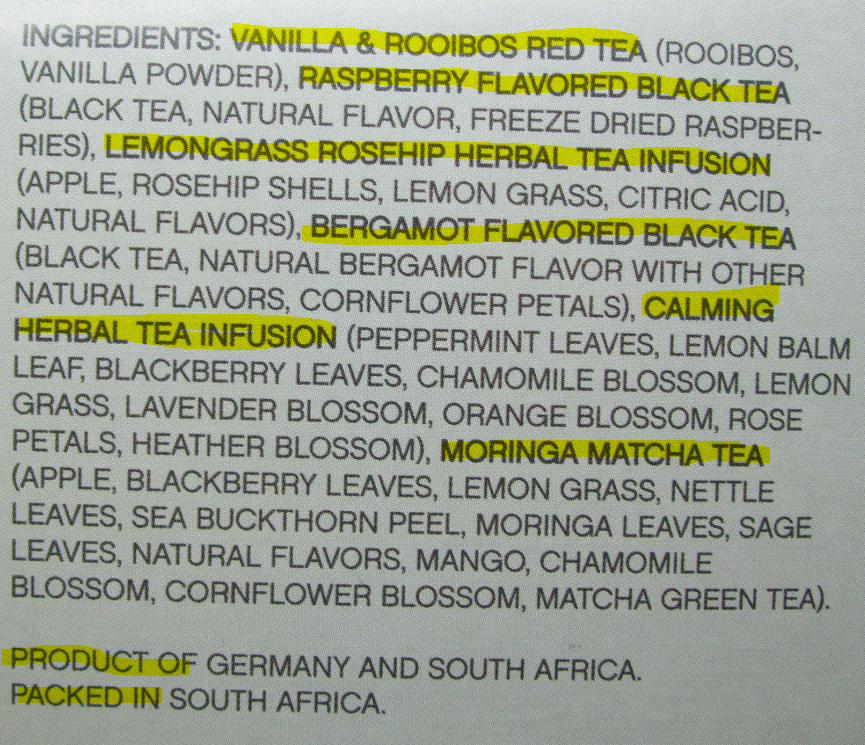 As you can see above, per the packaging, this is a Germany and South Africa co-operation. But it does not specify where the individual teas and other ingredients came from.

Brewing instructions are in groups! This is the recommendation of the box. As usual, you can experiment and adjust all the brewing parameters to your liking.

HOW DO THE TEAS TASTE?

We will have separate posts for the six included teas. They are different enough it makes sense to write about them separately.

As of writing time, I only tasted three of the six, the two black teas, and the Rooibos, and the rooibos is my favorite so far!

Here are the individual reviews: