This tea has grown on me enough that it is now challenging the Vanilla Rooibos as my favorite from the 2017 holiday season Trader Joe Gift Set. “This” refers to the raspberry black tea, made with just three ingredients loose leaf black tea, natural flavor, and dried raspberries.

I am guessing the dried raspberries may be helping with the flavor because the raspberry flavor has more “staying power” than teas that get their flavoring from just natural/artificial flavors. It is a tasteful blend of the two, the unspecified black tea and the raspberries.

Opening the tin gives you a definite raspberry aroma, even weeks later and with the tin almost emptied (pictures were taken earlier). 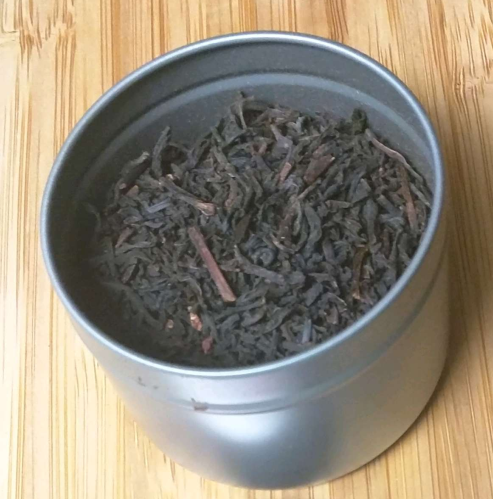 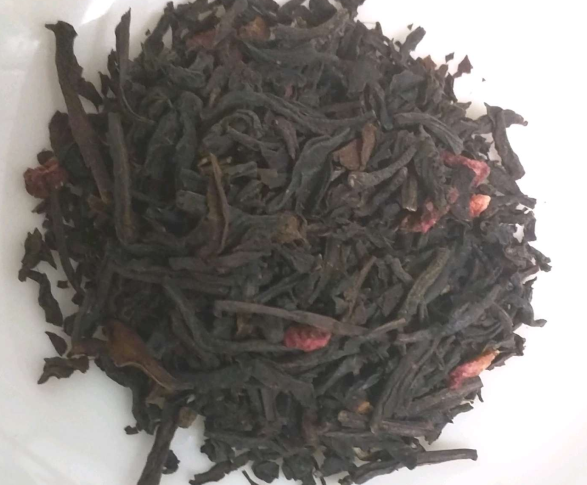 Overall I liked this tea so much that I am going to look for raspberry black teas that contained dried raspberries and hopefully/preferably no natural/artificial flavors. That’s the problem with seasonal tea gift sets – if you fall in love with something, it’s hard to find it and buy it again! 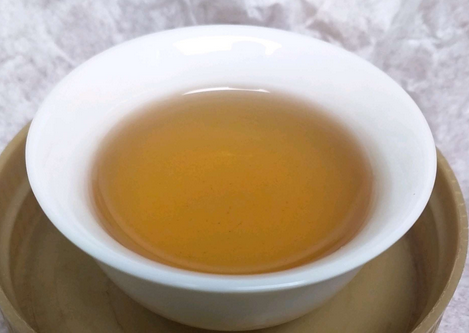 Both the aroma and the taste were pleasant, and the tea survived 2-3 western style brewing sessions. Obviously you get the most raspberry on the first, but it did not disappear from the second infusion.

The brewing instructions were as expected, boiling water for 3-4 minutes, and you don’t have to use a lot of tea, one teaspoon is fine (adjust to taste and preference of course)…

I’m just a tea fan drinking tea and a non-guru to boot, and I don’t have a scientific lab to measure things like caffeine content, but my reaction/buzz (or non-buzz) to this tea is that it contains less caffeine that the mythical average cup of black tea (eg if I made a similar amount of classic Assam or English breakfast).