This was an impulse buy of a doorbuster sale. The Stash Cinnamon Vanilla Herbal Tea blend has been going in and out of stock, when it is on sale, you get six sealed tea boxes (of 18 tea bags per box) for around $5 at amazon.com. 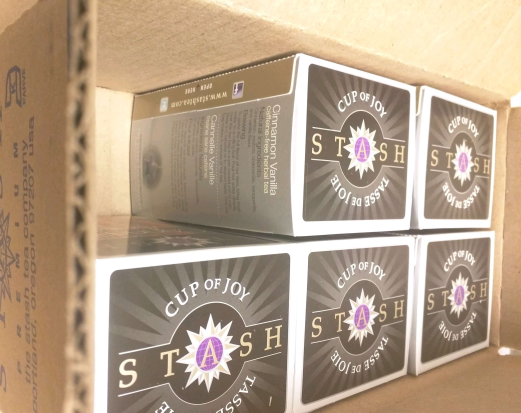 The price is great, but does it taste good enough to justify buying so much of it? 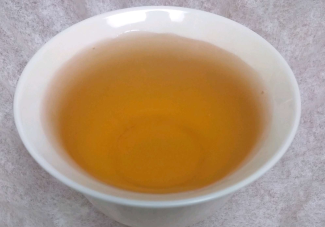 (the ring at the bottom of the gaiwan is a “street cred patina”, it was not caused by all the cinnamon in the tea – but that’s something to consider if you slow-drink this tea (and leave it overnight), especially in white mugs).

Overall, this is a generic herbal-y cinnamon-y flavor with none of the other flavors standing out. It’s perhaps best suited if you want a tea to mindlessly drinking while doing other things (work, read, watch TV) that distract you from paying attention to the flavor. I don’t want to waste good tea during “mindless drinking sessions” 🙂

If you don’t like cinnamon, don’t buy this tea! There’s so much cinnamon it can even be found on the inside of the individual tea wrappers. So much cinnamon! It’s hard to take a good picture of it, but it’s there: 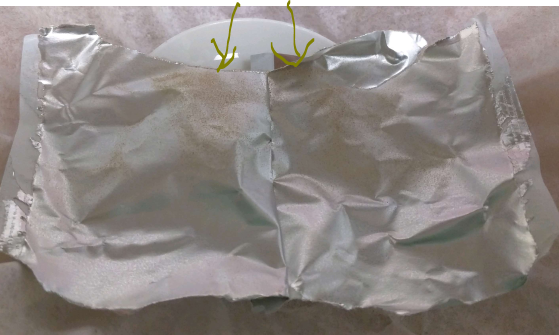 At this price of $1 or less per 18 tea bags, the price is definitely right for a general cinnamon-y herbal tea. But at the more usual Stash prices of $2+ per box, you may want to try it before you buy it, otherwise you may be left with 100+ tea bags you may not like well enough to drink.

Detailed brewing instructions can be found on the tea box while the individually wrapped tea bags mentioned how many minutes to brew.

This being all herbal, you have flexibility in the brewing. It won’t turn bitter like CTC Assam tea. 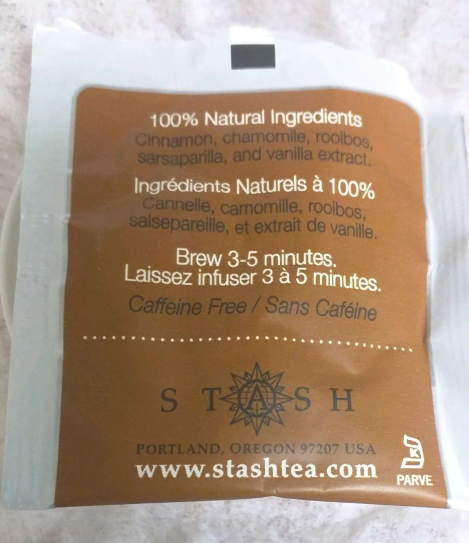 The tea bag after the infusion: 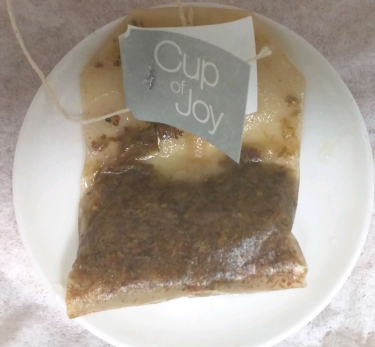 Sarsaparilla is probably the least common of the ingredients that are frequently found in herbal teas. Cinnamon is head of rooibos, followed by chamomile, sarsaparilla and the vanilla flavor.

This has “vanilla flavor” as the last ingredient. It does not specify explicitly whether it’s natural or artificial, so if you avoid those, you have been warned!

Each tea bag is individually sealed, making it more flexible for giving and taking with you. And it’s a good thing because… [see below]

Unfortunately both the tea bags and the tea tag have staples. So if you hate staples in your tea bags, avoid this. 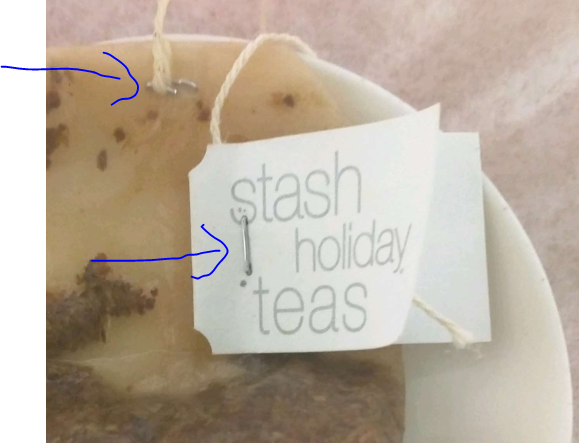 There are two ways to open each tea box. A vertical dispensing option, and the more conventional opening the box in the horizontal position. Your choice, or you can do both.

The box is bilingual with everything written in English and in French. The text interchanges, while the main faces are english on one side and french on the other. A “Best Before” date is at the bottom. The ones I bought (October 2017) have a 2020 “best before date”. 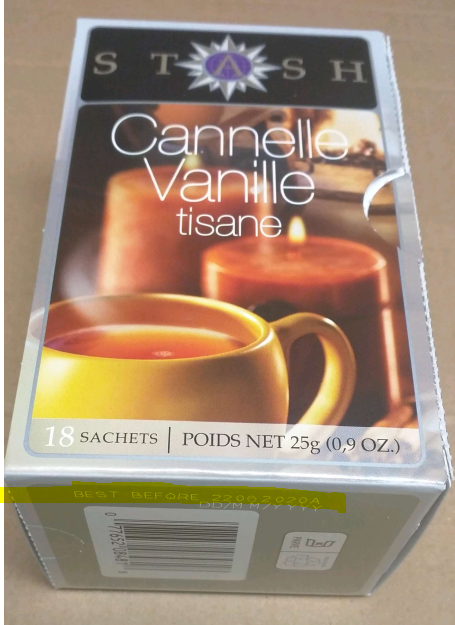