So I was strolling and trolling the Trader Joe tea section the other day and I noticed something interesting. Their Pomegranate White Tea has been replaced with a new version! The differences are both in packaging and in content. The new version is fully organic, while the previous version was marked as 94% organic. I have both of them as you can see in the picture, and will try to compare them side by side later on when I find time for a direct comparison. 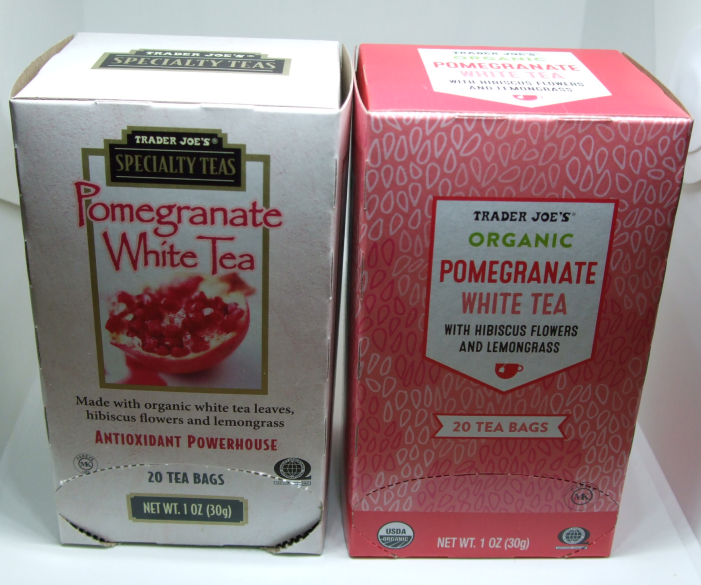 For now, here are some quick pictures of the two boxes. The old one is the white box, the new one is the pink box, which has the design language of some of their other newer teas. Both are tea bags.

They open the same way, you push in the perforation in the “belly” of the box and you pull out the tea bags (both sealed in clear wrappers)… 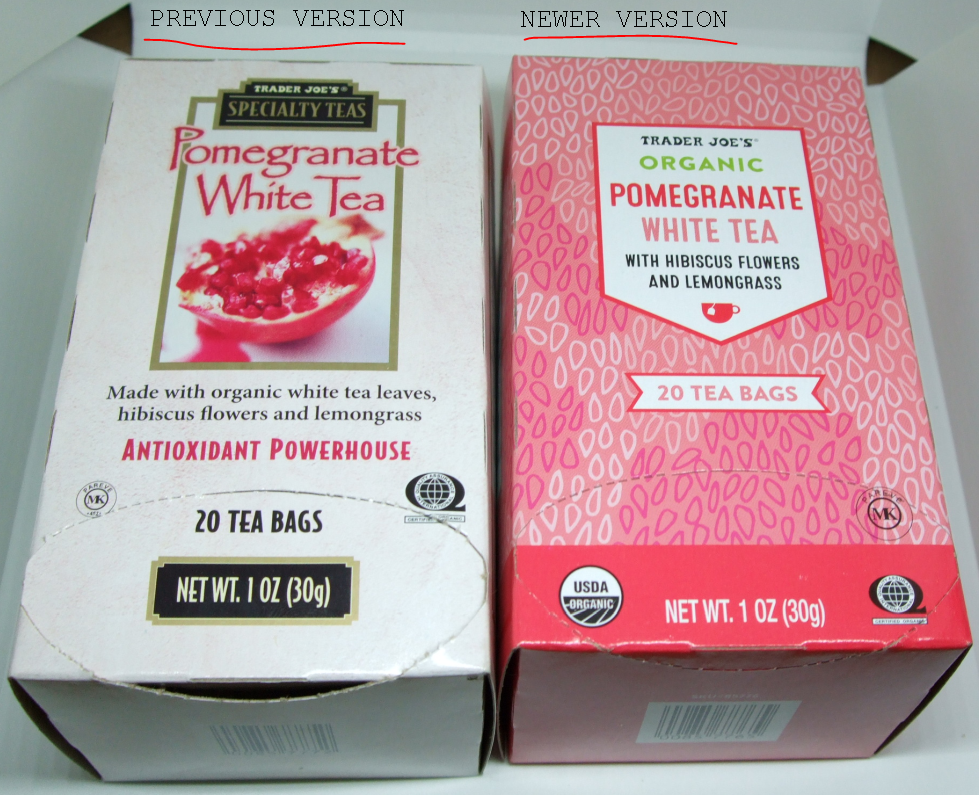 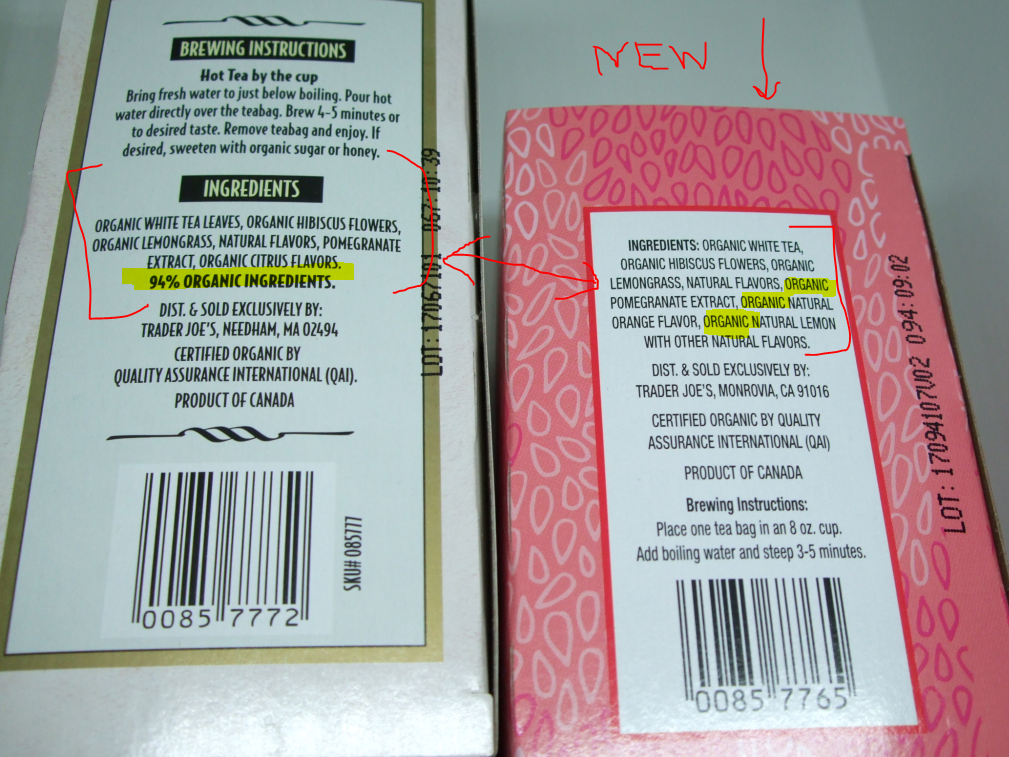